For eight months, we worked with a group of 16 young people (eight Spanish and eight Austrian) to raise awareness about the causes of violence against women and to discover the resources available in their respective countries to combat this discrimination. What do our cultures have in common and how can we change our current roles so that new generations can eradicate violence against women? The two groups in their respective countries have studied in detail how gender violence is affecting them, especially in the field of education, what its causes are and where it begins. They have created different reports of the measures and laws in each country. As a postscript, they have taken steps to find solutions in their schools as active agents against gender violence.
During the week of 13-20 November, the exchange of experiences took place at the 7th International Forum Against Gender Violence. In the different meetings and workshops, the two groups shared their experiences, in addition to girls and boys from the respective schools of the Barcelona group, and drew conclusions on how to raise awareness and prevent violence among young people.

Promote awareness-raising and active non-violence among young Europeans.
Promote training on gender equality and non-violence and promote solidarity and tolerance among young Europeans.
Encourage mutual understanding through teamwork.
Contribute to better relations between men and women from the point of view of respect, equality and the right of women to a dignified and non-violent life by training active agents against violence in their schools.
Encourage European cooperation through an innovative project on something that affects a large part of humanity.

Hèlia is the focal point of Women against Violence Europe (WAVE), with which these Austrian partners organised and prepared for the exchange, making it possible for a group of 11 young people from Vienna to take part in this project.
Prior to the November action and meeting, each group worked in their own country and several presentations and a video were made, each related to Breaking Myths – We Are the Same.
The methodology consisted of teamwork, group work and evaluating the acquisition of knowledge at each stage of the eight months of the project.
The exchange was made possible thanks to a €6,507 contribution from Joventut en Acció (“Youth in Action”).

The participants have gained a great understanding of the subject, which has allowed them to draw conclusions to apply in their daily lives with their classmates.
The exchange has enriched these young people to find out what is happening in the rest of Europe and they have been able to discuss with young people of their own age how to act as active agents against violence among their peers.

Based on this experience, the Associació Helia and the WAVE Association, joined by the Unitary Platform against Gender Violence, have already committed and started three pilot schools to provide training, material elements and coordination with various institutions to promote the creation of a “network of young people to stop violence” with the aim of being a leader in solving cases of abusive relationships and/or harassment, promote non-violent action and raise awareness among their classmates. 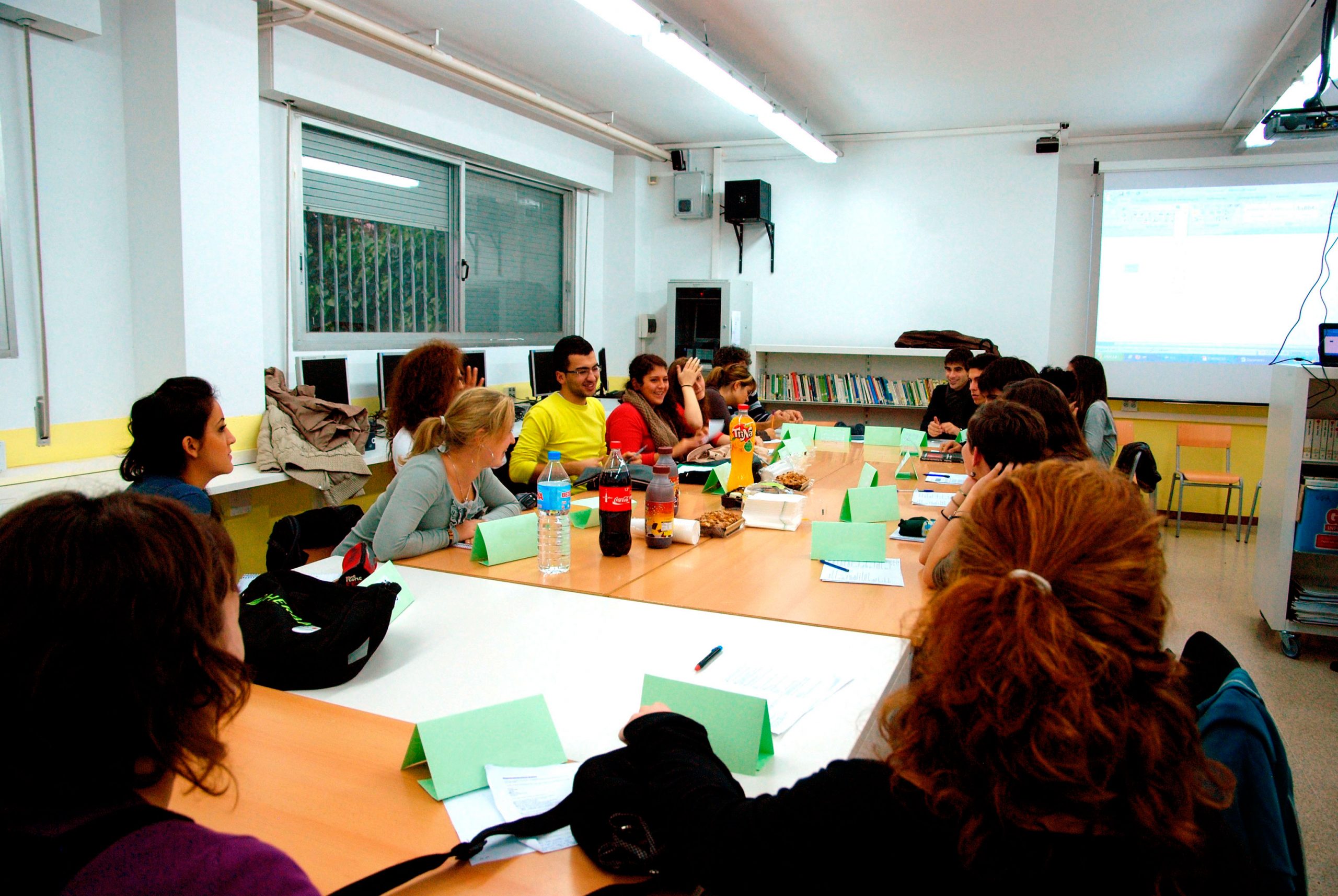